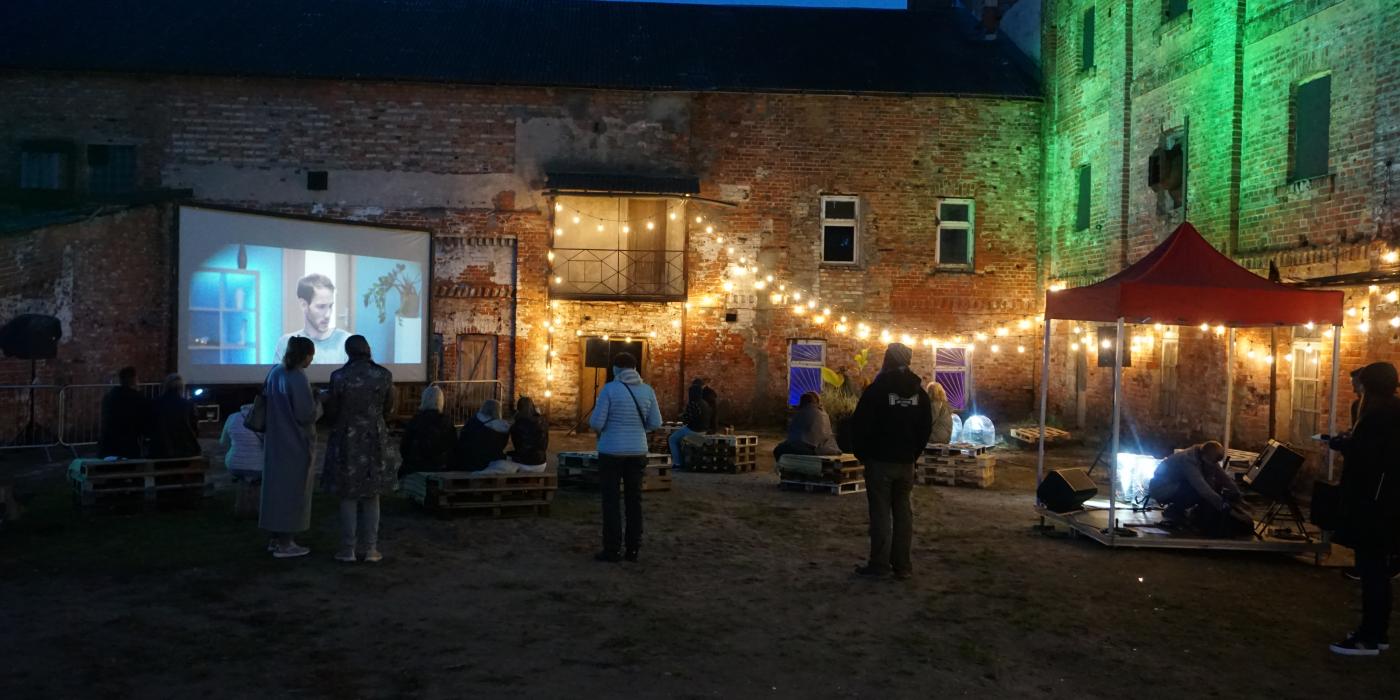 On May 13th and 14th in Tukums, in the yard of TukkuMaggi, it will be possible to watch short films awarded by the Riga International Short Film Festival 2ANNAS. More than 2,000 films were submitted to the festival, and the best international, Baltic, medium-length films, as well as short films for children and young people, were selected in four different competition programs. This will be a great opportunity to watch excellent movies from all over the world and a wide range of topics will allow everyone to find something relevant to them.

On May 13th at 9:30 p.m a program of six films will be shown. The program will feature a short film "Dad's Shoes" by Ukrainian director Olha Zhurba, which received the Grand Prix of the festival. The jury especially praised its impeccable direction and how masterfully it dealt with a sensitive topic - the film tells the story of thirteen-year-old Sasha from an orphanage that a family would like to adopt. However, something does not let him go ... The film, which until recently won the main prize of the prestigious Tampere Film Festival - "Granny's Sexual Life" (Urška Djukić, Émilie Pigeard, Slovenia), is also on display. In it, a clever animation intertwined with archival photographs contrasts and emphasizes the stigmatized and predetermined role of women in Slovenia in the first half of the 20th century. The program also includes the animated film "Fox" (Dominik Girod, Britt Abrecht, Germany), which was recognized as the best by the children's audience. The program will also be complemented by the award-winning growth story "Storm Memoirs" for the best feature film (Sofia Georgovassili, Greece) and the film "Commander's Hour" and others by the young Latvian director Elza Gauja.

On May 14th, the program will take place within the framework of the Museum Night, at 9:30 pm a program of other films is shown this evening, including films that will address both adults and children. Viewers will be offered the youth-award-winning short film "One Child Only" (Simone Giampaolo, Switzerland), which is a visual poem about children's desperate call to act for the future of the planet, and "Alizava" (Andrius Žemaitis, Lithuania), the best medium-length film. Orphan Alizava and her father, whose soul dwells in various objects. Viewers will also have the opportunity to see the best animated short film "Speaking in Silence" (Marine Blin, France) and others.

The best short films were determined by an international jury - Olga Gusiatinska, curator and head of the translation department of the Kiev International Short Film Festival, Joni Menniste, filmmaker and animator from Finland, artistic director of the Turkish Animation Festival, and Latvian director Adriana Roze.

The Riga International Short Film Festival 2ANNAS was held for the 26th time this year and has become a significant event in the film industry in an international level. The screenings of the festival allows to get acquainted with high-quality cinema from all over the world and, thanks to the successful cooperation with Tukums County Council, has been providing this opportunity for the people of Tukums for three years now.