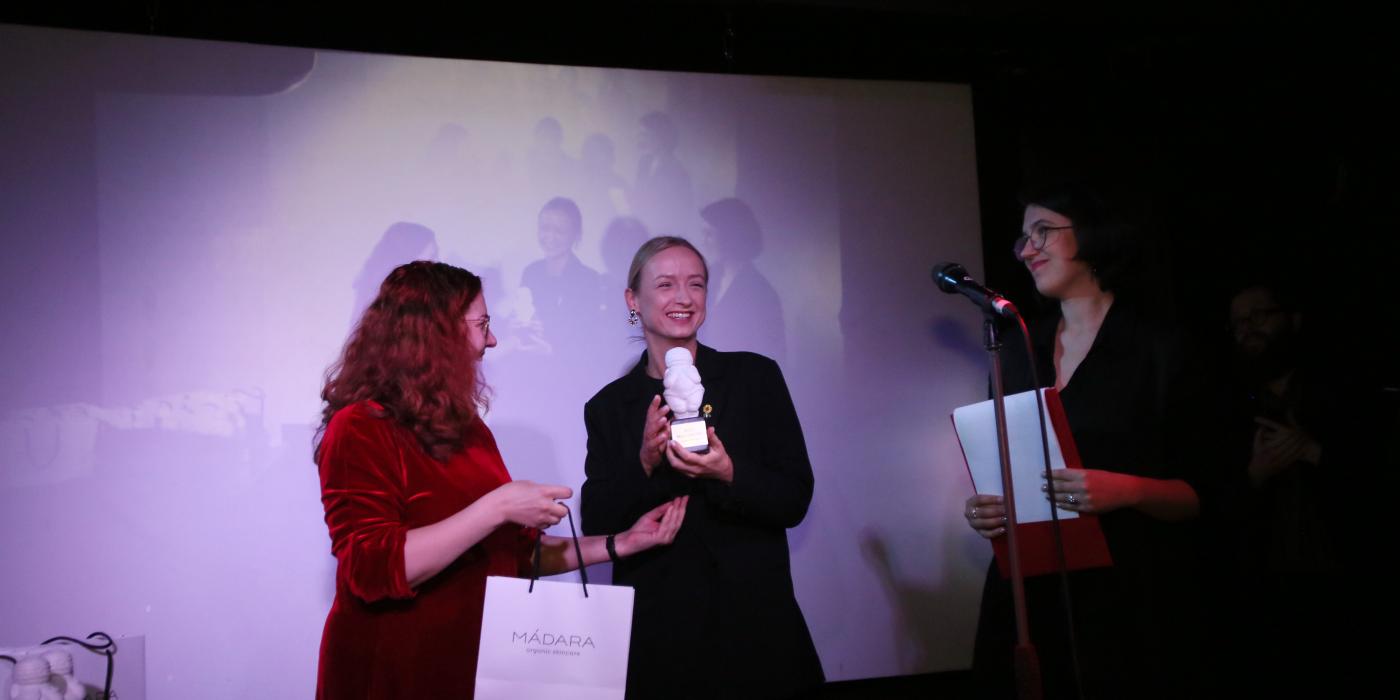 Olha Zhurba’s film „Dad’s sneakers” took home the Grand Prix - bronze figurine Anna made by Latvian sculptor-designer Aigars Zemītis. The film tells a story about the 13-year-old Sasha and his last days in the boarding house. He is one of the lucky few – an American family finally adopted him. However, it seems that something or someone is holding Sasha back. The jury members highly evaluated the masterfully nuanced directing and poignantly realistic depiction of the boy’s inner sentiments.

The title of the Best Baltic short went to „Sierra” (Sander Joon, Estonia). The winner of the Baltic competition was awarded an opportunity to benefit from BBPostHouse’s post-production services, worth 2000 EUR. The title of the Best Mid-length film (30-60 min) went to „Alizava” (Andrius Žemaitis, Lithuania), which tells the story of the orphan girl Alizava and her father, whose soul inhabits various things. Note that screening mid-length films are rather unusual practice among short film festivals.

Films were judged by an international jury – Olga Gusiatynska (programmer and the head of the translation department of the Kyiv International Short Film Festival, UA), Joni Männistö (animation director and the artistic director of the Turku Animated Film Festival, FI) and Adriāna Roze (film directress, LV).

The 2ANNAS team wants to thank all the collaborators and partners, namely, BBPostHouse for providing the Baltic film competition winner with valuable prizes and our media partner Radio NABA for spreading the word around. We wish to thank the venues that hosted our events – Kaņepes Kultūras centrs - Diagonāle, KSuns cinema hall and the RSU Anatomy Museum. Our gratitude also goes to The Centre of Creative Learning (CCL) “Annas 2”, MÁDARA Organic Skincare, „Orkla” and golf club „Viesturi”. We are thankful for the enormous hospitality and support expressed by Avalon Hotel & Conferences, Hotel Viktorija, folk club „Ala”, „Mūrbūdas” cider.

2ANNAS is organized by film studio „Urga” and financially supported by The State Culture Capital Foundation and The National Film Centre of Latvia.