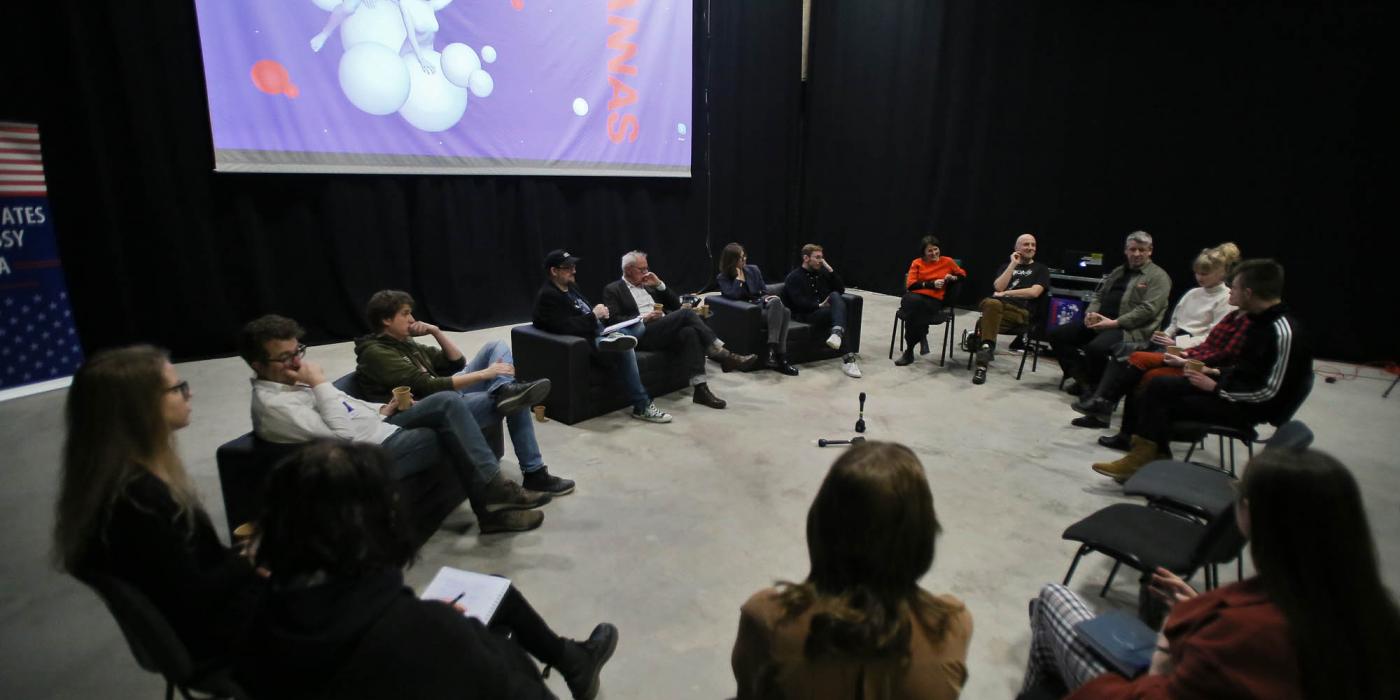 Come and celebrate Europe’s emerging talents and the promotion of shorts across borders! Join us online on April 12 and discover two European initiatives dedicated to short films -

T-Port and This is Short. The sessions are organized by the Creative Europe Desks Latvia and NRW (North Rhine Westphalia), Germany, within the framework of 2ANNAS.

Give your Film a Chance and Become Part of T-Port during Riga International Short Film Festivals 2ANNAS.

T-Port is delighted to collaborate with 2ANNAS and the Creative Europe MEDIA desks Latvia and NRW, Germany during the festival’s industry days and invites industry professionals to benefit from a free complimentary access code for T-Port until April 19, 2021.

*Please note that access can only be granted to industry professionals. Code can be used until April 19, 2021.

T-Port is a Creative Europe MEDIA-supported innovative non-profit online platform aimed at promoting emerging talents and facilitating the distribution of short films within the professional film industry. The platform hosts 900+ titles made by independent filmmakers and students, including award-winning films and top-festival selections.

International Manager of T-Port, his background as a filmmaker and independent producer focused on international co-productions brings him to the forefront in building bridges between the film industry as a business and young talents as filmmakers. An alumnus of Tel-Aviv University Film & TV dep. as well as the Atelier Ludwisgburg-Paris (Filmakademie BW, La Femis, NFTS), Geva has won numerous awards in renowned international film festivals both as director and producer.

Lea joined Salaud Morisset in 2019, where she oversees Festival Distribution. She has recently been working on Yorgos Lanthimos' latest piece of work Nimic and Jonathan Glazer's short films The Fall and Strasbourg 1518. She also coordinates the Marketing, and Oscars Campaigns of the company.

Anthony Nti is a Ghanaian-born filmmaker from Belgium. His short film, Da Yie, won the Grand Prix at the 2020 ISFF Clermont Ferrand. Currently, he’s working on his first feature-length film Postcard, which won the second prize at the Sam Spiegel FilmLab. His TV-show, Clemenceau, was selected for Torino Series Lab.

Līga has obtained a Bachelor's Degree in Journalism (Rīga Stradiņš University). She is also a graduate of the Master’s program Cultural Management and Creative Industries’ (Latvian Academy of Culture). During both study periods, she enrolled in exchange programs in Belgium and France. Her main professional experience is rooted in the media and cinema industries.

Following several international short film festivals, Līga takes an active interest in the short film scene. In 2020 she was a member of the pre-selection committee of SHORT RIGA, which is a short film program of the Riga International Film Festival. Currently, Līga writes for TalkingShorts.com. Founded in 2020, Talking Shorts aims to create a wider discourse about short films.

The brand new short film portal This is Short is designed as an online festival experience, providing hundreds of films, a competition, interviews, talks, and options for voting and feedback.

Born in 1966, raised in Germany and Switzerland. Studied sociology in Bielefeld and Paris and did research on visual sociology and ethnography.

Lelda joined the National Film Centre of Latvia in 1998 as a Festival & International Relations Officer. In 2003 she set up the MEDIA Desk in Latvia and has been responsible for implementing the EU MEDIA Programme in Latvia until today – now within the Creative Europe Desk Latvia.

Before joining the NFC, Lelda was working at the Baltic Media Centre (Denmark), coordinating the production of a monthly TV magazine program produced by television stations in 7 countries around the Baltic Sea, as well as setting up and organizing the Baltic Sea Forum for Documentaries – international idea market for documentary films.

From 1991-1996 Lelda was a part of the team of the International Relations Department at Latvian Public Television, where she was dealing with EBU matters and training, as well as working with foreign TV crews in the politically crucial time at the beginning of the 90ies.

Free entry. The event will be live-streamed via Facebook.